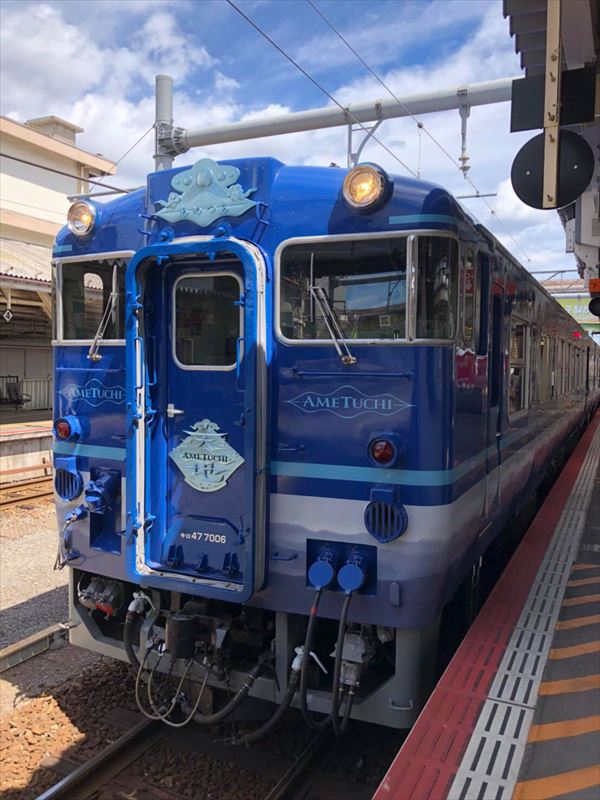 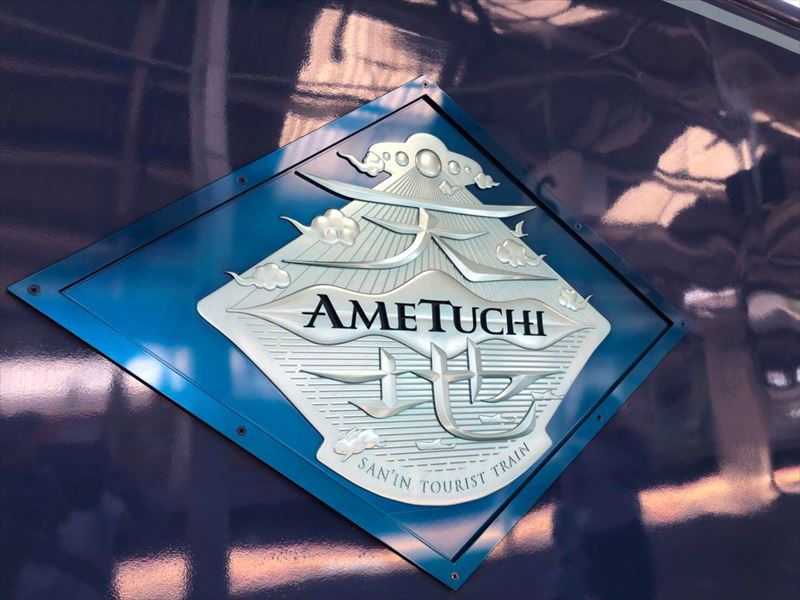 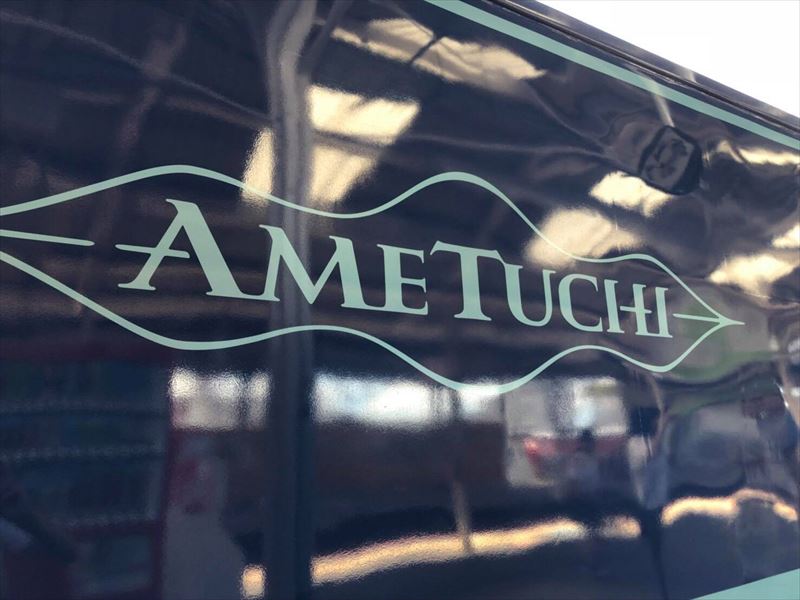 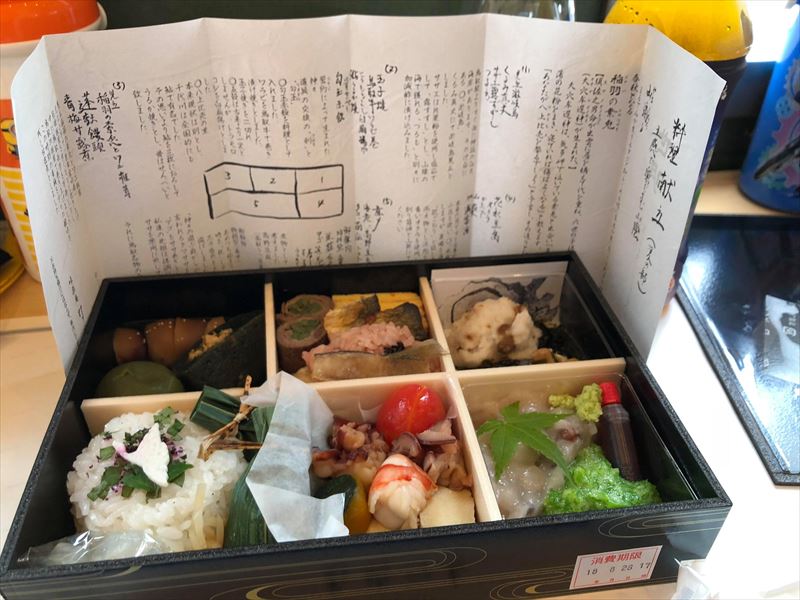 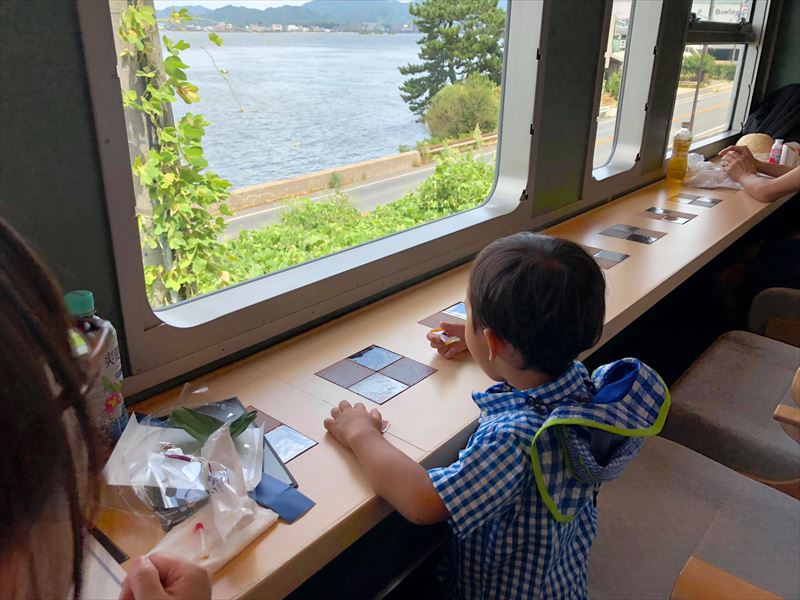 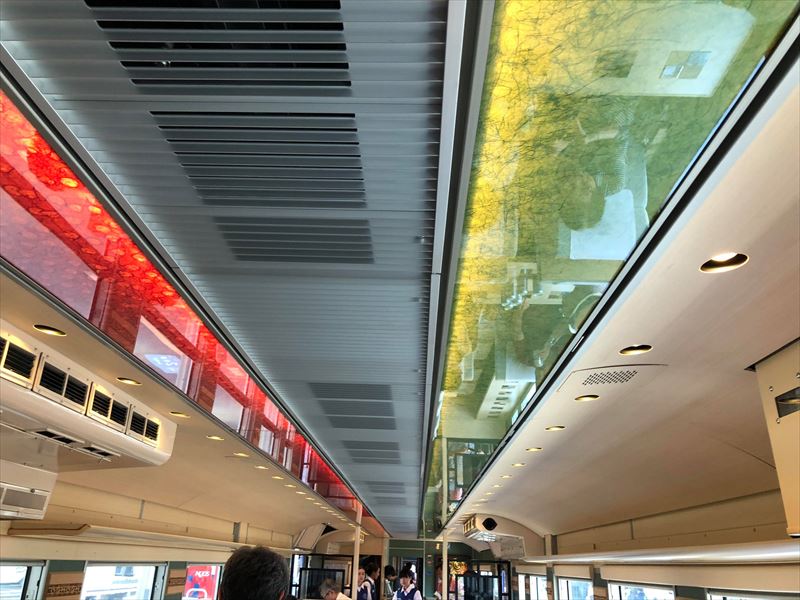 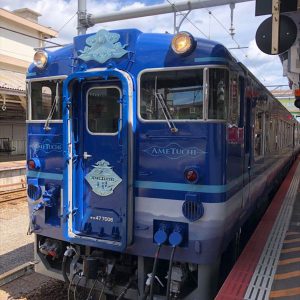 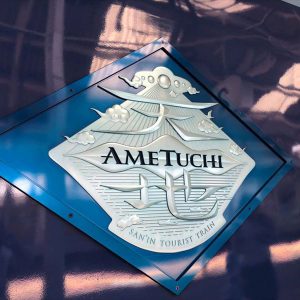 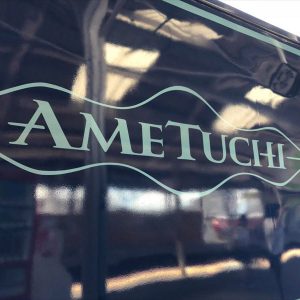 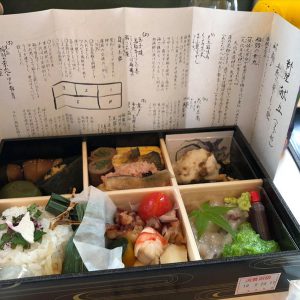 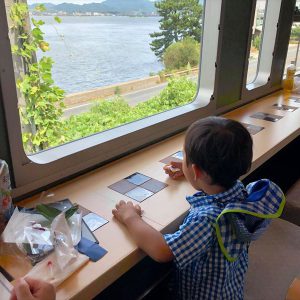 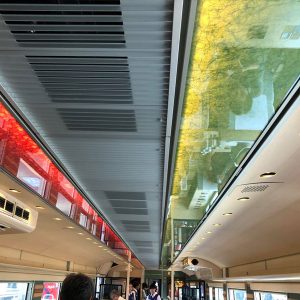 Tourists can enjoy beautiful view of San'in region such as Sea of Japan, Mt Daisen and Lake Shinjiko.
The train runs at 80kph but it slows down at 25-45kph while it is passing scenic areas.
Ametsuchi named after the first sentence of Kojiki(Records of Ancient Matters).
Its interior features traditional crafts from San'in region like washi(Japanes papers),Sekishu tile and Yumihama kasuri cotton texistile. 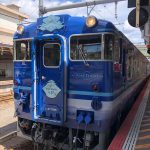 New tourist train Ametsuchi started the service July 1st,2018.
This train consists of 2 cars and can accommodate up to 59 people.
It operates between Tottori station and Izumoshi station one round trip per day mostly Saturdays, Sundays and Mondays. 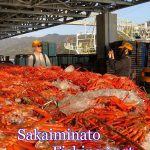 Tottori Prefecture is famous for its  fresh and delicious seafood.
That is because there is Sakai port(Sakaiminato) which is one of the most busiest fishing ports in Japan.
Sakaiminato had been No1 port in Japan for 5 years in a row since 1992 until 1996. 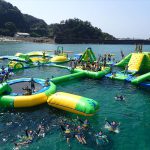 Frolic Sea Adventure Park is one of the largest water amusement park in Japan.
It's located at Uradome Beach( 25 minutes drive from Tottori City)
This is your must-do during summer season and  a family fun attraction in Tottori Prefecture. 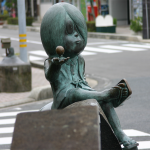 Shigeru Mizuki, the manga artist of Gegege-no-Kitaro, was born and raised in Sakaiminato city, Tottori Prefecture.
Mizuki Shigeru road which named after him is streching out 800 meters long from Sakaiminatio station. 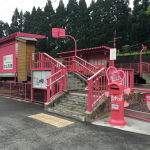 Koi-Yamagata Station is a railway station on the Chizu Express Line in Chizu-cho Yazu district, Tottori open in 1994.
This station is one of only four stations with Koi(Love) in its name in Japan.
This unmanned station got renovated and transformed into the new appearance in bright pink as you  see. 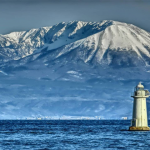 Mt Daisen is the highest mountain in Chugoku region. It is 1,711 meters high.
Mt Daisen is also designated as Daisen-Oki National park(3rd oldest National Park in Japan).
This mountain is known as the largest beech forest in the western Japan. 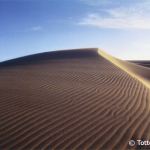 Tottori Sand Dunes are the largest Sand Dunes in Japan located in the corner of San'in Kaigan UNESCO Global Geo Park.
It stretches 16 kilometer long from east to west.
The wave patterns  on the surface formed by wind is beautiful and it is the one of the best highlight of Tottori Sand Dunes. 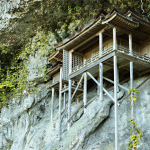 Sanbutsuji temple is located on Mt Mitoku in Misasa town, Tottori Prefecture.
It has been around since the year 706 founded by Enno Gyoja to train ascetic monks and then Jikaku Daishi Enrin enshrine three Buddhist statues.
The name of Sanbutsu(three Buddhist statues)-ji(temple) came from this legend. 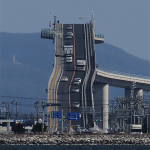 Eshima Bridge is Japan's number one pre-stressed concrete rigid frame bridge.
It streches about a mile long with a height of about 144 feet and has gradient of 5.1%(Tottori side) and 6.1%(Shimane side) on each end.